In the United States (USA), ultrasound (U/S) performed at the point-of-care is utilized in emergency departments, critical care and inpatient units, as well as outpatient clinics. U/S has permeated the prehospital environments of ambulances and helicopters (Hoyer et al. 2010). Providers utilize U/S in global health and low resource environments as well as outer space (Wall 2016). U/S improves many aspects of patient care, such as decreasing complications and making procedures and disposition times more efficient (Moore 2011 Bahner 2012).

Arguably point-of-care U/S has made its largest impact on how we place intravenous (IV) lines.  Notably, the difficult intravenous (IV) access patient population has been the most affected. IV access is one of the most commonly performed procedures in the emergency department (Fields et al. 2014, Sou et al. 2017). Studies have found that the majority of patients admitted to the hospital will require an IV line. At least one-third of those patients will be termed “difficult access” (Sou et al. 2017). Typically defined by two failed blind peripheral attempts, difficult vascular access is felt to relate to a patient’s medical problems. These include diseases affecting the vascular system such as diabetes, end stage renal disease, sickle cell disease, and intravenous drug use. These patients typically have poorly visualized or poorly palpated veins, (Fields et al. 2014, Sou et al. 2017).

A common scenario in a USA emergency department would be as follows: After multiple failed blind attempts by a nurse and/or by a technician, physicians are asked to obtain IV access. Previously, physicians would resort to placing an external jugular IV or potentially to placing a central venous IV line (Costantino et al. 2005).

U/S has changed everything.

In 2016, we implemented a nurse training program for U/S guided peripheral IV placement at Thomas Jefferson University Hospital in Philadelphia, Pennsylvania. We first identified a core group of emergency nurses.  The self-reported their interest in learning the procedure. We have held sessions on a semi-annual basis. The 3-hour training schedule is as follows:

Following the session, the nurses must successfully complete 5 U/S guided peripheral IVs supervised by a credentialed EM provider (attending, resident or nurse) in the department (Figure 2). Once completed, the nurses are credentialed to perform the procedure independently.

To date, twenty emergency nurses have completed the training program. They are credentialed and integrate U/S at the point-of-care. By keeping the training sessions small and targeting invested learners, we believe we are identifying the “super-users”, who will train other nurses.  We now have a group of nurse “champions” who have demonstrated significant interest and excellence in performance of the technique. These nurse champions act as co-facilitators during the introductory session and are placed in charge of new trainees once each session concludes. The “train the trainer” model ensures sustainability of an entirely self-sufficient program.

Nurses and patients feel positively about the initial implementation of this education program within our emergency department. We recognize the need for a broader and more inclusive program. Future sessions will include an interdisciplinary group of participants, including physicians, nurses, and technicians learning and training together (Patel and Reeves 2018). Vascular access is a rational place for interprofessional utilization of U/S to begin. We see this as a first-step. U/S is not the sole realm of physicians. It is within the scope and safe practice of all health care providers. 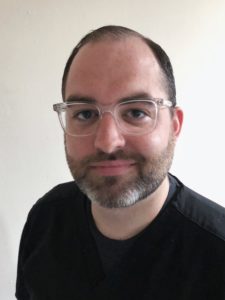 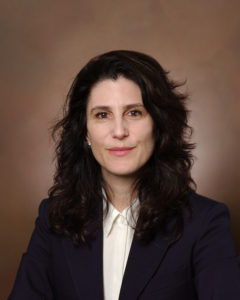