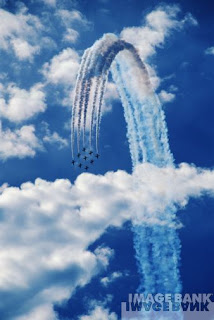 One of the foremost efforts by the aviation community to develop safe teams is the training program known as CRM.  This approach originated from work undertaken by  NASA who identified that the primary cause of the majority of aviation accidents was human error, and that the main problems were failures of communication, leadership and decisions making in the cockpit.  CRM training was subsequently adopted by the aviation industry. It is now a mandated requirement for commercial air crews working under most regulatory bodies worldwide.  Despite a paucity of evidence, CRM has been widely adopted by many health care organisations.  In many respects, this approach has a good fit with a number of care settings such as emergency rooms, intensive care units and operating rooms/theatres.  In these locations, the interprofessional team takes responsibility for the patient’s defined problems and deals with them in priority order, under the leadership of a physician or surgeon.  There are (usually) standardised procedures, protocols and algorithms that can be followed.   However, with more than 90% of health and social care provided in less structured, low intensity settings like clinicians’ offices, patients’ homes, hospital outpatient departments or inpatient wards, the applicability of CRM may be more limited.  The differences between health and social care and the airline industry also extend to the nature of tasks.  While most patients have common diagnoses, every case is rendered unique by the interaction of multiple problems and with personal and social situations.  As a result, a standardised CRM approach to delivering care in these situations is inappropriate.  Indeed, the challenge for delivering care is that patient care tasks can be complex, evolving and difficult to specify.  Moreover, with severely ill patients, there is variability in the kind of teamwork they need.  Variability is also linked to where the patients are in their care trajectory.  The complexity in a single patient hospital stay may, for example, fluctuate back and forth over time in terms of medical need in the early days to social need in the latter days, and back again.
(Scott Reeves, Editor-in-Chief)
To read more see: Reeves S, Zwarenstein M, Espin S, Lewin S (2010) Interprofessional Teamwork for Health and Social Care. Blackwell-Wiley, London.