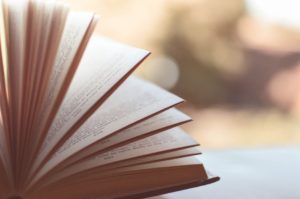 This book is appropriate for anyone seeking to implement interdisciplinary practice across a multidisciplinary team (rather than an interprofessional team). The authors, Choi and Richards, explain interdisciplinary discourse as well as provide the tenets of its practice. Findings are empirically evidenced, and inferences from research are justified. Terms and concepts employed within the book are explained and brought to the forefront through concrete examples. For instance, computer science, an intersection of mathematics and engineering is presented to introduce and demonstrate a basic understanding of interdisciplinarity. The book summarizes and bolsters some current and innovative ideas and also questions the accuracy of others. In-depth analyses of previous and advancing research are given; terms are well-defined using clear and general language, making this book thought-provoking to scholars and approachable to those outside of academia.

The book is organized into nine chapters, with two main focuses: an overview of interdisciplinarity and the findings of the research surrounding the subject. First, a historical survey of the origin of ‘the discipline’ presents foundational knowledge, providing the reader with a framework to integrate the information that follows. Second, interdisciplinarity is defined and exemplified from organizational, epistemological, cultural, moral, and political standpoints. Fundamental, yet influential challenges to interdisciplinary pursuits are examined throughout the book. Additionally, various elements that can be used to identify and assess interdisciplinarity are reviewed. A comprehensive overview encompassing Anglo-American, and French and German perspectives gives the reader a well-rounded sense of interdisciplinarity. References to many established thinkers in the interprofessional field are made and expanded upon significantly, revealing powerful yet often overlooked nuances, including linguistic and epistemic barriers. Discourse analysis explicates the nature of interdisciplinary interaction, highlighting the paramount importance of communication in order for effective collaboration. There is a very detailed summary analysis which engenders a heavier read at times, however, this substantiates many observations drawn by the authors.

The authors have masterfully integrated a number of transcripts of actual conversations within the context of various different project groups. These extracts serve to demonstrate the linguistic and epistemic disciplinary divides between, per se, biologists who run the experiments in the lab, and statisticians who analyze the data. The book identifies contributing forces imperative to the proliferation of interdisciplinarity, such as new lines of research that require a wider approach, such as nanotechnology, and societal challenges such as HIV/AIDS.

Overall, Choi and Richards have offered advice and perspective that would be particularly useful to anyone involved in research, education, or leadership roles. Theoretical insights to guide future research, as well as relevant practical implementations for practice offer practitioners the opportunity to expand their purview.